Sandra Stotsky (The Roots of Low Achievement, 2019) points out that to close achievement gaps, a stronger curriculum is needed for all students, not lower standards. And a giant leap in expectations and better teaching.

Student test scores have stagnated for at least ten years. It's the teaching, as the late Zig Engelmann would retort. John Sweller ("Why Inquiry-based Approaches Harms Students' Learning" 8-21) concludes that discovery/inquiry learning (group work) is why test scores are not getting better while peers in other nations leap ahead. Sweller writes, "Inquiry learning places an increased emphasis on learners discovering information for themselves rather than having the information explicitly presented to them. This paper suggests a causal relationship between the emphasis on inquiry learning and reduced academic performance." Schools should teach "domain-specific skills such as how to solve particular types of problems that we learn with conscious mental effort." It is particularly true for arithmetic and algebra, where one idea builds on other ideas. Sweller also explains that worked examples are critical for students to study because of Cognitive Load Theory.
Learning doesn't matter much anymore.
In the name of diversity, equity, and inclusion (DEI), lowering standards does not fix anything. It gives students a false impression of being better than they are. Grade inflation is another simple-minded idea that has pervaded education since the 1970s. How will students handle college-level mathematics when educators have downgraded standards and inflated grades? It is counterintuitive. 9-23-21
Students are not ready for college math when they have not covered a solid Algebra-2 course or pre-calculus, a combination of trig and college algebra.  Equity as equal outcomes by lowering those at the top is an illusion of fairness, explains Thomas Sowell. Many students are unprepared for college mathematics, so they end up in remedial math courses, which are middle school and high school, at community colleges.
Note: To narrow racial achievement gaps, erase the tests that point out the gaps because black kids do not test well. Really? It's another stupid idea promoted by liberals! In contrast, I expect black kids in my elementary school TKA classes to learn the basics of algebra. As a result, many black students are my best algebra students in grades 1 to 5.
Sandra Stotsky (The Roots of Low Achievement, 2019) points out that to close achievement gaps, a stronger curriculum is needed for all students, not lower standards. And a giant leap in expectations and better teaching.
Stotsky explains that closing gaps should not be an "educational commandment." Instead, a more rigorous curriculum for all students should be the goal. Teachers try to close gaps by teaching less content, which is a mistake. Stotsky observes, "Gap closing as an education goal has had damaging effects on teachers as much as on their students." Lowering the ceiling is not the path to closing gaps. Rather, educators should focus on upgrading the curriculum for all students, but that has not been the case.
Note: One of the best Algebra-1 textbooks is written by Dr. Mary Dolciani,  a member of the School Mathematics Study Group or SMSG. "To study algebra successfully, you need to learn its language, starting with variables and mathematical expressions." (It is difficult to find suitable textbooks or math programs with plenty of word problems and without the fluff of reform math or alternative algorithms that seem to have replaced standard algorithms.) For example, my copy of Dolciani's revised edition (Dolciani & Wooton) was copyrighted in 1970, but there are earlier editions.
What? Do I have to take remedial math to start college credit courses? The math I took was college prep. (Sadly, college prep math in high school was watered down. It was college prep in name only, not in content.) 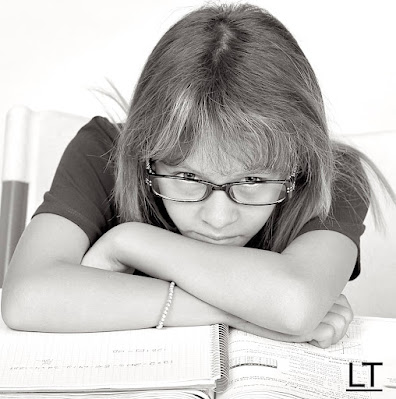 Not ready for college-level math...

Paul Hill of the Center on Reinventing Public Education explains, "As schools reopen, it is less clear than ever what public education is for. States and districts resist testing students to see what they know now, and many won't judge schools on whether anyone learns. National assessments are on hold, and traditional elements of the curriculum—and even grading—are under assault as supporting white supremacy." Really? I guess learning is not important! Let's not measure it! (https://www.crpe.org/thelens/closing-void-core-public-education)

Hill guesses, "It might all blow over. In a few years, Americans might experience another Sputnik-era panic about how far our kids have fallen behind kids in Europe and Asia. Fear about our national competitiveness might rehabilitate hard subjects, rigor, clarity about results, and educator accountability. But the pendulum could swing too far, back to the narrow measurement-based pedagogy that was rightly abandoned a few years ago."

Okay, that's possible. Even so, it would be much better than now: American students have fallen significantly behind their peers in many Asia and European nations. For at least a decade, learning in math and reading has stagnated. We cannot afford to wait another few years to forcefully address achievement gaps internationally and at home.

A math program or curriculum that does not support memorizing math facts and standard algorithms of whole numbers from the get-go (1st grade) is substandard. The addition, subtraction, multiplication, and long-division standard algorithms should be learned and used by the 3rd grade. It requires practice-practice-practice. Good calculating skills are the heart and soul of problem-solving.

Ball argues, "Many taken-for-granted practices in classrooms reflect and reproduce patterns of marginalization and oppression." Ball cites a drill sheet of basic facts. Really? Memorizing math facts is essential arithmetic. Arithmetic is not racist. She seems to argue against kids learning arithmetic because timed practices like the one below can result in "marginalization, racism, and oppression." Ball cites this video as proof of her theories. Is it any wonder that kids don't learn enough math? TKA
The algebra program I designed and taught off and on in grades 1 to 5 since 2011 is called Teach Kids Algebra (TKA). Algebra is accessible to very young children using standard arithmetic. This was illustrated by Dr. Robert B. Davis via The Madison Project (1957) and my TKA program in 2011. I noted that students who did exceptionally well with abstract ideas in TKA could be identified as capable in mathematics as early as the 1st and 2nd grades. I wish I would have been able to follow the 42+ 1st graders into high school; however, one of the TKA 1st graders (Kailey) is now in 12th-grade taking calculus and has already received a merit scholarship. 9-12-21

In the name of what?
Cutting the math curriculum in the name of equity is no way to improve achievement. In my opinion, equity should not dismiss merit. Without merit or high-quality standards, there is little incentive for students to excel. Better teaching by applying a world-class curriculum and efficient instructional methods will boost achievement. The problem is that many K-8 teachers are weak in math, according to H. H. Wu, a mathematician at UC Berkeley, who conducts PD courses and summer classes for current and future teachers.
In education, equity now means equal outcomes for all students by lowering the content and inflating the grades so almost all students can pass a dumbed-down curriculum. But kids are not the same. Academic ability widely varies, points out Charles Murray (Real Education, 2008). Murray wrote that disruptive students should not be permitted to remain in class, and the Core Knowledge Curriculum should be taught to almost every student in grades 1 to 8, which leads to Algebra-1 in 8th grade. (Don't confuse Core Knowledge with Common Core.)

In the U.S., K-12 math is dumbed down in the name of equity, diversity, and inclusion. Likewise, academics and merit are devaluated in many schools, but not in China or other Asian nations.

American mathematicians Deift, Jitomirskaya, and Klainerman wrote in Quillette, "Needless to say, China pursues none of the equity programs that are sweeping the United States. Quite the contrary: It is building on the kind of accelerated, explicitly merit-based programs, centered on gifted students, that are being repudiated by American educators." Sergiu Klainerman, Princeton math professor, observes, "It's very clear that there is talent in math, just like there is talent in music."

We need to teach more basic arithmetic and algebra, not less.

But, unfortunately, many of our K-8 teachers are ill-equipped to do that, explains H. H. Wu, a mathematician from U.C. Berkeley, who works with teachers and wannabe teachers. They are not appropriately prepared in education schools or required to take advanced math courses, such as precalculus or calculus. As a result, they lack factual and procedural knowledge and cannot explain math to kids using worked examples.

"Learn skills all the way to automaticity!"

Doug Lemov (Practice Perfect, 2012) points out, "The power of learning things by rote is that it allows you to do them with unconscious efficiency. ... It's all but impossible to have higher-order thinking without strongly established skills and lots of knowledge of facts." Rote learning does not get in the way of higher-order thinking, as some claim. In arithmetic, students should practice getting it right. "While failure may build character and tenacity, it's not good at building skills. ... Many types of higher-order thinking are in fact founded on and require rote learning," explains Lemov. Thus, practice getting things right!

We need better teaching and methods that work, not Critical Race Theory (CRT) or other distractions. Putting students into groups (i.e., tracking) to learn math is efficient teaching. Memorization of basic facts is necessary to support the standard algorithms and problem-solving. Teachers should explain arithmetic by carefully selected worked examples. Success in learning arithmetic means practice-practice-practice. Also, Stanislas Dehaene (How We Learn, 2020) advocates that teachers should bring back flashcards. Flashcards work! Children need to overlearn and automate certain fundamentals in arithmetic and algebra. If your child has not automated the multiplication table by the 2nd or 3rd grade, then your child can't move forward with long division, fractions/decimals, ratios/percentages, etc. In short, they hit a brick wall.

Tom Loveless points out, "A decade later, scant evidence exists that Common Core produced any significant benefit." (Between State and the Schoolhouse: Understanding the Failure of Common Core, 2021)

Himari is intense when she goes into her zone. I do not know what happens in her brain, but it's on fire. She is remarkable, nailing 40 minutes of Nicolò Paganini: Violin Concerto No. 1 in D major, op. 6. Incidentally, Himari, age 7, was the Grand Prize Winner at the International Grumiaux Competition in Brussels.

See Himari when she is not in her zone, click here. She is a happy child who enjoys practicing and doesn't know how good she really is!) 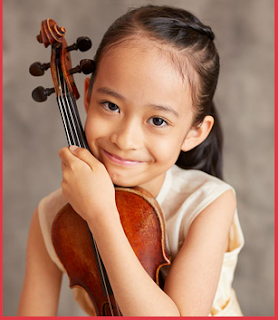 Question: Are we equipped to identify future violinists like Himari or very young children who are advanced in math in our typical gifted programs? In my opinion, the only justification for talented and gifted programs is for acceleration. Instead, we have project-based enrichment in many schools, so I wonder if we would be able to identify, much less train, the next Newton or Mozart? Are we wasting a lot of talent? We need highly specialized education for kids who actually display talent early. In Russia, for example, there are two major ballet schools supported by the government: Vaganova and the Bolshoi. These schools continue to produce the best ballet students in the world. At Vaganova, students must pass screening exams. The first-year class consists of about 60 4th graders (about 10 years old). If you get in, the children face rigorous dance lessons and academic studies, including mathematics and English. While thousands of would-be ballerinas audition, the school selects only 60 kids as first-year students.