The causes of skewed distributions of outcomes are many.
"In recent times, virtually any disparity of outcomes is almost automatically blamed on discrimination, despite the incredible range of other reasons." 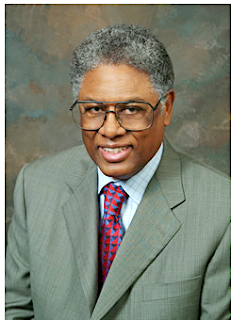 Note: Thomas Sowell ​taught economics at Cornell, UCLA, Amherst and other academic institutions. Currently, Sowell is a scholar in residence as a Senior Fellow at the Hoover Institution, Stanford University. I first noticed him when I read Dismantling America in 2010. Also, he wrote Wealth, Poverty and Politics 2016. His most recent book is Discrimination and Disparities 2018. Gerald P. O'Driscoll, Jr., Senior Fellow, Cato Institute, writes, “In this provocative book, Thomas Sowell turns the table on those who automatically link disparate outcomes to discrimination. He begins by focusing instead on the myriad of factors that need to come together for success." Read the book.   ​

Thomas Sowell (Discrimination and Disparities) says that many policy fixes in education have been counterproductive, such as immediately blaming gaps in educational outcomes on discrimination. Too often, skewed distributions of educational outcomes were wrongly blamed on "genes or discrimination," observed Sowell. The playing field has never been equal and cannot be made level by government "equity crusades," which are "fallacies of fairness." In short, the one-size-fits-all equity fix of the Common Core and other efforts will not erase the skewed distributions. Sowell writes, "The idea that it would be a level playing field if it were not for either genes or discrimination, is a precondition​ in defiance of both logic and facts." ​

What irks me as a teacher is that divergence in education is now called discrimination, and that achievement is now called privilege. It is typical liberal rhetoric that is offensive to all hard-working students who achieve, including students of color. Sowell points out, regrettably, that "in recent times, virtually any disparity of outcomes is almost automatically blamed on discrimination, despite the incredible range of other reasons." (Sowell calls it the invincible fallacy. I call it  a sham when scholarship and achievement are criticized with empty rhetoric.)

The social vision and rhetoric of progressives "treat beliefs as sacred dogmas beyond the reach of evidence or logic." Facts don't matter much! "Facts seem to have become irrelevant, for all too many people, who rely instead on visions and rhetoric."​

Also, the idea that inputs do not influence outputs is another issue. ​Of course, they do! Sowell explains, "To admit that inputs affect outputs, whether in education in the economy or other areas, would be to undermine the [social] vision and agenda" [of progressive ideology]. According to Sowell, the invincible fallacy is that "outcomes in human endeavors would be equal, or at least comparable or random, if there were no biased interventions, on the one hand, nor genetic deficiencies, on the other." The invincible fallacy assumes "an even or random distribution of outcomes in the absence of such complicating causes as genes or discrimination."​ The assumption, of course, is wrong!

The causes of skewed distributions are many. Indeed, life, itself, is unfair, yet "fallacies of fairness" abound in our classrooms. All students get the same instruction under Common Core and state standards regardless of their math achievement, which should drive outcomes to be the same. Not Really! It is wishful thinking. Outcomes would not be the same. The crux is that even if the inputs were the same, which I doubt would be possible, the outputs would still not be the same! As Sowell says, "Equal inputs does not produce equal outputs."

Incidentally, one of the many consequences of the invincible fallacy has been the "dumbing down of education."

This post is a work in progress. Expect frequent changes.
The quotes highlighted yellow with a 🔻 triangle symbol are from Nick Arnold, STEM QUEST.

Only 22% of 12th-grade students are proficient in science (NAEP). The Next Generation science standards limit core content in science, especially in chemistry and physics, which are lumped together. Also, many believe that the only way to learn science is through hands-on, inquiry stuff. That's not true! Most science is learned by reading and studying textbooks, in coursework, and from lectures by knowledgeable teachers. Students do not need to reinvent the wheel, not in science or math. Lab experiments are done to reinforce the content taught.

Below, MIT Professor Catherine Drennan lectures chemistry to over 300 freshmen students packed into a huge lecture hall. Students had textbook reading assignments to study, problem sets to complete, help sessions to attend, labs to do, and exams to pass. MIT Course: Principles of Chemical Science (5-111sc). 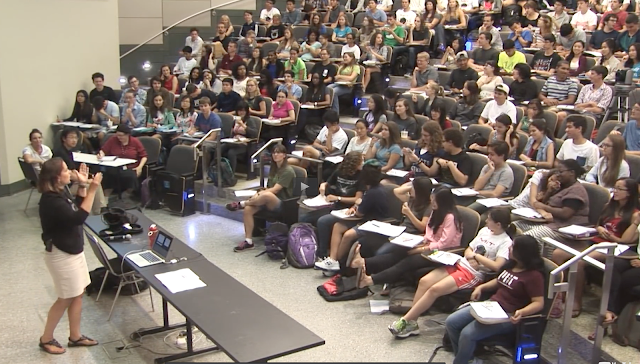 In contrast to the Next Gen Framework, "It is never too early to introduce small children to big ideas," observes Chris Ferrie, a physicist, and mathematician, who wrote Quantum Physics for Babies and similar picture books (Baby University).

In teaching complex material in math or science to little kids, I think Jerome Bruner, not Piaget. LT

We should teach the mathematics needed to do and understand the science such as was done in Science--A Process Approach (1967). For example, four of the six processes taught in SAPA's 1st grade were math or math-related. The science teacher taught math, which was often a year or two ahead of the regular curriculum. Today, there seems to be math anxiety in STEM. University of Chicago researchers Sian L. Beilock and Erin A. Maloney contend, "Our students cannot enter into STEM majors if they have a fear of mathematics." In science, teachers should teach STEM Math Skills. K-6 teachers don't have a coherent science curriculum such as SAPA, which stressed the math link in science. Furthermore, elementary school teachers have weak math and science skills.


🔻"In science, you investigate the world around you."
Science starts with atoms, atomic structure, and how the universe works, including living things, the Earth, our solar system, the galaxies, and stars. "A is for Atom, B is for Black Hole, C is for Charge," writes Chris Ferrie (ABCs of Physics) for young children.

"The rules that describe nature seem to be mathematical. Why nature is mathematical is again a mystery. Science is a method of finding things out. The method is based on the principle that observation is the judge of whether something is so or not." Also, according to Richard P. Feynman, basically, scientists guess an idea or rule, then test it through experiment and interpret the observations. "If the rule does not agree with experiment, then the rule is wrong." We don't start with a bunch of observations, then infer a rule. "It does not work that way." In science, we guess a rule, then experiment and examine observations (mostly measurements). The experiment and its results must be repeatable by others. The mathematics must be right. An idea you can't test is speculation, not science. "The purpose of theory is to describe nature, not to explain nature." (Source: Richard P. Feynman, The Meaning of It All)

Note: Technology and Engineering are not science; they are products of science. Mathematics is a tool used by scientists to describe nature.

Contrary to the NextGen science standards, elementary school students should study atoms, which are the building blocks of matter, and important molecules like DNA, along with atomic theory or structure (electrons, protons, and neutrons), quantum physics, chemical reactions, motion (Newton's Laws), electromagnetism, the roles of famous scientists, and other topics.

In classical mechanics (classical physics), at certain distances, opposite charges are attracted and like charges are repelled. It is simple to show this to 1st and 2nd-grade students with N-S magnets. But, when students learn about atoms, classical ideas don't work. 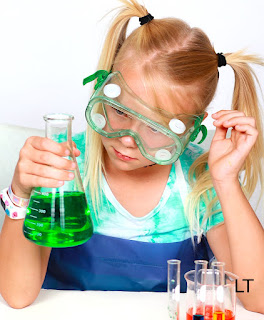 Atoms and molecules exist, move, and bounce off each other.

Chris Ferrie writes, "All electrons have energy. An electron can take energy to jump up an energy level and give up energy to fall down an energy level. A quantum is the smallest unit of energy." There is much more to this, of course, but it is a start.

🔻"In technology, you develop products and gadgets to improve our world."
The cell phone is a good example of technology. 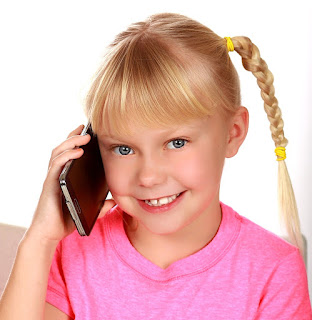 🔻"In engineering, you solve problems to create extraordinary structures and machines." Engineering often starts with simple machines. In short, you need to learn some physics. Yet, the simple machines are absent from NextGen science standards. Students can be introduced to engineering by building a bridge or a robot. They can build circuits and design and build a structure with Lego.

Students can use gumdrops and toothpicks to design and build a stable structure such as a bridge. Shapes are important.

🔻"In math, you explore numbers, measurements, and shapes."
Beginning in 1st grade, it is essential that students get used to symbols that represent numbers and unknowns. Math starts with numbers and equations and how they work. For example, x + x + x = 10 - 4 is a 1st-grade level equation. The symbol x must be 2, which is the only solution to the equation: 2 + 2 + 2 is 6. Students must follow the algebraic rule for substituting. The right side (10 - 4) is 6; therefore, the left side must equal 6. Thus, 6 = 6.

Math is a major tool of science. An equation can be represented by symbols, pictures (i.e., graphs) or data tables.

Students should study math, especially equations and equation solving. But, to move forward to algebra, they need to master the basics of arithmetic such as whole numbers, integers, fractions, percentages, and ratios. 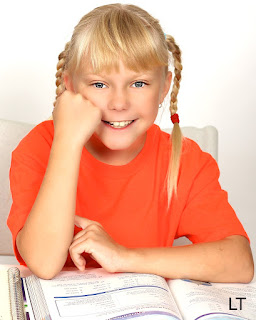 In the first lesson for the 4th-grade classes (8-8-18), I introduced a system of three equations, which requires logical reasoning, knowledge of algebraic substitution, and some basic arithmetic. I meet with kids once a week for an hour in my Teach Kids Algebra program. 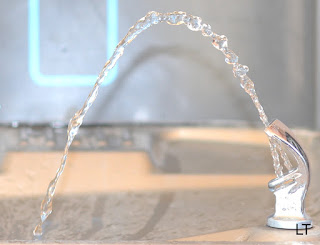 
Posted by ThinkAlgebra at 8:17 AM